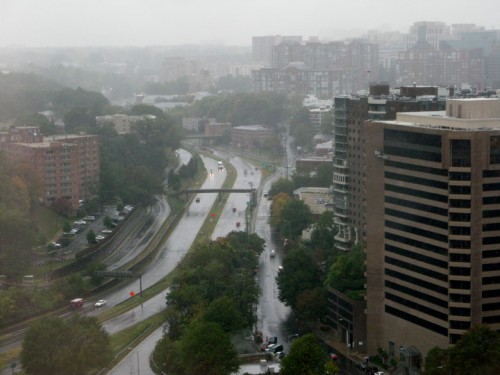 December Leaf Collection Schedule Released — The county’s second round of vacuum leaf collection through neighborhoods is now scheduled to begin on Dec. 4 and end on Dec. 24. More from the Dept. of Environmental Services.

Holiday Events Aplenty — The Sun Gazette has a list of 15 holiday-related events around Arlington in December.

Arlington Company Gets Big-Time Funding — OPower, a start-up energy services company based in Courthouse, has just received a $50 million investment by two venture capital firms. The company, which hosted a speech by President Obama in March, hopes to ramp up its research and development effort and hire 50 more people. More from Tech Crunch.

Fire Response at Spider Kelly’s — The fire department responded to Spider Kelly’s in Clarendon late last night for a report of a fire. Firefighters instead found light smoke and traced it back to a malfunctioning heating unit. No word yet on whether this will affect the popular night spot’s ability to open today.