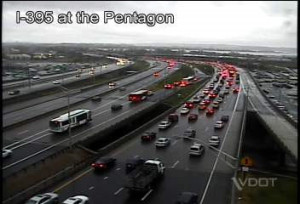 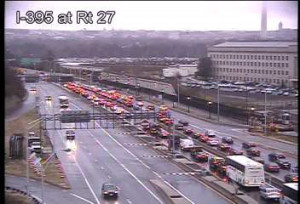 Commuters have wet, leaf-slicked roads to deal with this morning, but largely the drive on the highways isn’t much worse than on any other given weekday.

Traffic on I-66 is moving smoothly. I-395 is backed up, per usual, and is moving slowly approaching the 14th Street Bridge.

The biggest cause for concern this morning appears to be Route 27 near the Pentagon, which has slowed to a crawl heading northbound (on the western side of the Pentagon).