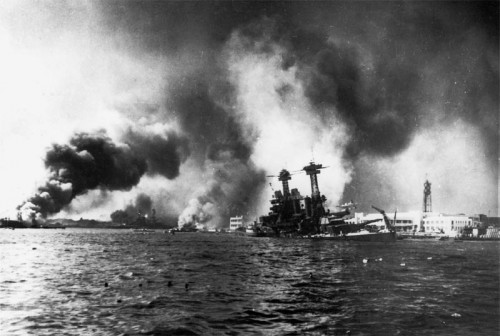 “A Date Which Will Live in Infamy” — On Dec. 7, 1941, the American naval base at Pearl Harbor was attacked suddenly and without warning, costing 2,402 lives and leading to the United States’ entry in World War II. More from Wikipedia.

Towing Fines Aren’t Enforced — Towing companies have been found to have violated Arlington’s towing laws more than a dozen times in the past two years. But so far, none have ever been fined. That’s despite the fact that the county’s towing ordinance allows fines of up to $1,000. More from TBD.

VDOT Aims for More Conscientious Plowing — After a blizzard of complaints last winter about snow piles on sidewalks and in bus shelters, VDOT is trying to clean up its act. The agency is asking its contractors to be more careful when plowing roads in the county. VDOT is responsible for plowing state-owned roads in Arlington, including Glebe Road and Washington Boulevard. More from the Sun Gazette.