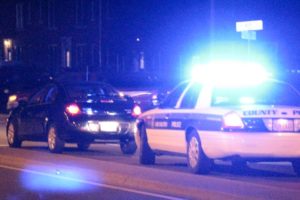 The nationwide law enforcement and public outreach initiative — with the tagline “Drunk Driving: Over the Limit, Under Arrest” — will spend more than $7 million on national TV and radio advertising starting Wednesday. It seeks to reduce the number of drunk driving crashes around the holidays. Last year, 753 people were killed in alcohol-related crashes during the month of December alone.

Today LaHood highlighted the new “No Refusal” strategy that a number of states are adopting. “No Refusal” allows police officers to quickly obtain warrants from on-call judges in order to get blood samples from suspects who refuse to take a breathalyzer test.

“Drunk driving remains a leading cause of death and injury on our roadways,” LaHood said in a statement. “I applaud the efforts of the law enforcement officials who have pioneered the ‘No Refusal’ approach to get drunk drivers off our roads.”

LaHood was joined by National Highway Traffic Safety Administrator David Strickland and Mothers Against Drunk Driving President Laura Dean-Mooney at a press conference at the Arlington County Jail. A number of law enforcement officials from around the country were also present at the event, which kicked off at 10:30 this morning.

Virginia has a form of the “No Refusal” strategy currently in place. The state’s “implied consent” law calls for a drivers’ license to be suspended if he or she refuses to take a chemical test when stopped on suspicion of driving while intoxicated on a state road.