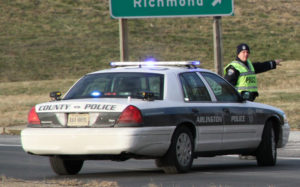 Those cameras mounted on the back of some Arlington police cruisers are actually quite effective at catching criminals, it turns out.

Arlington Police make at least one arrest per day thanks to the cameras, which snap photos of passing license plates and compare them to a database of stolen cars and wanted subjects. According to an article that appeared in the Los Angeles Times earlier this week, the cameras can process up to 100,000 license plates per hour.

Not everybody supports the cameras, however. Privacy watchdogs have raised questions about whether the technology can be abused or used to keep tabs on innocent people.