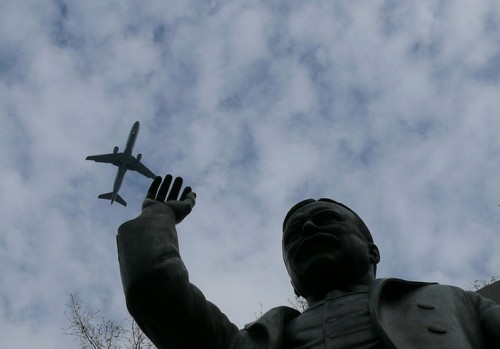 Area Bars Ring In New Year’s With Ringing Cash Registers — Initial reports from the field suggest Arlington bars and restaurants did big business on New Year’s Eve. In particular, two Irish bars brought in plenty of green. Ireland’s Four Courts in Courthouse was crowded, he hear. Another tipster tells us that the cavernous Columbia Pike watering hole P. Brennan’s — which charged a $5 cover for an evening that included a champagne toast and live music — was so busy that it apparently ran out of glasses. Said our Pike partier: “Congrats to them… higher cover next year?”

HGTV Couple Moves to South Arlington — A recent episode of HGTV’s House Hunters featured a couple who ended up moving from a condo in the District to a house in the Shirlington Crest development, reports Shirlington Village Blog.

Arlington Man Arrested in N.C. Over Hair Gel Purchase — A 23-year-old Arlington man has been arrested in Burlington, N.C. and accused of trying to buy goods with counterfeit $100 bills. The man bought hair gel and conditioner at one store and was attempting to buy hand lotion at another store when he was arrested, police said. A local newspaper that reported the arrest listed an Arlington address for the man that, as far as we can tell, does not exist. More from the Greensboro News-Record.