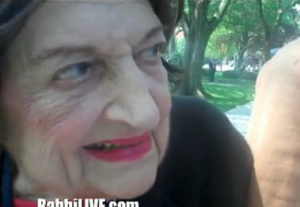 Former White House correspondent Helen Thomas has come out of a seven-month retirement to write a column for the Falls Church News-Press.

Thomas was a long-time fixture in the front row of the White House briefing room, having begun her daily White House coverage in 1960. She resigned as a columnist for Hearst Newspapers last year after making controversial remarks about Jews and Israel. When asked by a video camera-wielding rabbi what she thought of Israel, Thomas said that Jews should “get the hell out of Palestine” and “go home” to Germany, Poland and the U.S.

Thomas, 90, will now be writing a weekly political affairs column exclusively for the News-Press.

“She is progressive, and following my more than eight hours of direct, one-on-one talks with her since the events of last June, I remain firmly convinced that she is neither bigoted, nor racist, nor anti-Semitic,” News-Press owner Nicholas Benton is quoted as saying in an article announcing Thomas’ column. Benton said he’s happy to be giving Thomas a “second chance.”

In her column today, Thomas spends more than 750 words discussing the history of Social Security and “perennial Republican attempts to partially privatize the program.”

“Let’s not give the newly empowered Republicans… the ability to wipe out or even mitigate the only economic security deprived Americans can count on,” Thomas concludes. “Where is their heart?”

The News-Press is distributed free of charge in parts of Falls Church and Arlington.