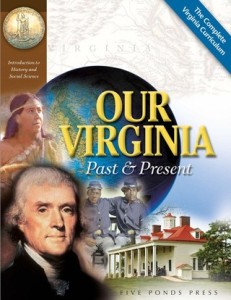 A fourth grade history textbook is being pulled from all Arlington County public schools because its contains numerous historical errors.

Controversy over the text, Our Virginia: Past and Present, erupted in October when it was revealed that the book contained a dubious passage about black soldiers fighting for the Confederacy during the Civil War. Fairfax County schools announced on Friday that they would be pulling the text after dozens of additional errors were found. Yesterday, Arlington Public Schools followed suit.

“APS was notified by the [Virginia Department of Education] last Friday, January 7, of the specific errors in the Grade 4 text,” Arlington Public Schools said in a press release. “Based on that information, school officials feel it is in the best interest of students to remove the print version of the textbooks at this time.”

Teachers will use supplemental learning materials in classrooms until a corrected digital version of the textbook becomes available, likely at the end of the month. The publisher will provide corrected print editions of the textbook free of charge this summer.

The school system says it will help train parents who want to learn how to use the digital textbook.

Del. David Englin (D), who represents part of Arlington, has proposed a bill that would require experts to review textbooks before they could be certified for use in Virginia schools.