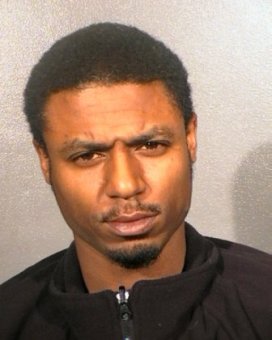 Earlier: Arlington Police have named a suspect in a sexual assault case from September.

Police say Berton, 36, walked into an apartment through an unlocked front door and found a woman sleeping. He sexually assaulted the woman, stole items from the apartment and then fled the area, according to police.

Investigators have used DNA evidence to link Berton with a similar crime that occurred in 2008.

Police say a woman was sleeping when Berton entered her Colonial Village apartment on the morning of Sept. 10, 2008. According to investigators, Berton threatened the woman with a knife and then exposed himself to her. He left without taking anything or hurting the victim, police said.

A police press release at the time included a composite sketch that resembles a photo of Berton provided by police this afternoon.

Berton is described as 5’11” and 170 lbs. He’s wanted for rape and several other charges.

Anyone who spots Berton is asked to call police:

If you see Ronald Berton, you should immediately call 9-1-1. Anyone with additional information on Berton’s location is urged to call the Arlington County Police Department Tip Line at 703 228-4242, or Detective Michael Austin at (703) 228-4241. Det. Austin can also be reached by email at [email protected].