(Updated at 3:05 p.m.) An armed robbery has been reported at the BB&T Bank in Rosslyn.

Initial reports suggest two men robbed the bank, located on the 1900 block of Fort Myer Drive, around 1:40 p.m. One of the men was armed with a gun, police were told.

The men were seen fleeing from the scene. Police radio reported that the men dropped the money after a dye pack exploded in the nearby Holiday Inn parking lot.

Police set up a perimeter and used dogs to try to track the suspects. So far, the suspects remain at large.

As commenters have pointed out, the BB&T Bank branch robbed today was also robbed in 2008. 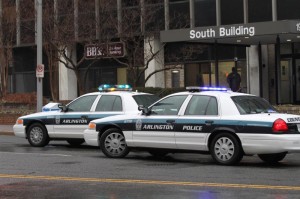 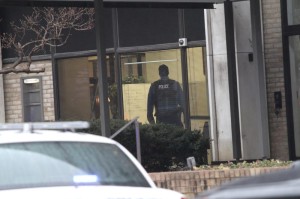 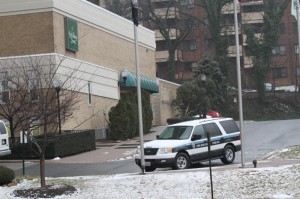 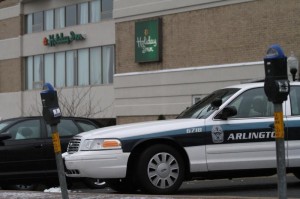