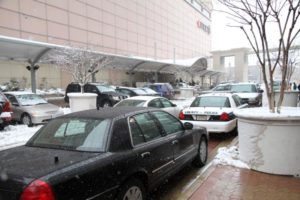 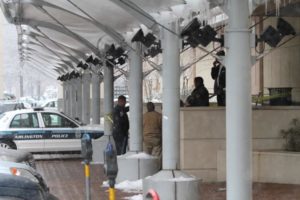 The deceased woman was found on the stairs outside Macy’s, in the alleyway between the mall and a Chipotle restaurant. Police are on the scene investigating.

Update at 4:40 p.m. — Police have released the following statement about the incident.

ARLINGTON, VA. – The Arlington County Police Department’s Homicide/Robbery Unit is investigating the death of a woman discovered this morning.

At approximately 9:49 a.m., police and medic units were called to the 4300 block of Wilson Boulevard for an unresponsive person. Upon arrival, it was apparent that the person was deceased. The victim is an adult female, who was possibly homeless. The investigation is on going, and more details will be released when available.