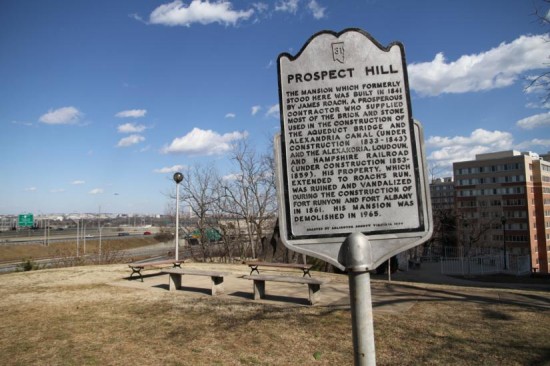 Pothole Problem May Persist — County Manager Barbara Donnellan says the county is waiting for the beginning of spring to fix most of the potholes on local roads. Donnellan, speaking at Saturday’s county board meeting, said “it’s better” to fix the roads after the winter. Board member Walter Tejada acknowledged one resident’s complaints about potholes on his street, adding that Wilson Boulevard and Columbia Pike also have some particularly rough patches. [Sun Gazette]

Remy to be Guest Bartender at Fundraiser — Arlington rapper Remy will be the guest bartender tomorrow at a fundraiser for the Arlington Free Clinic. The fundraiser is being held at Velocity Five (2300 Clarendon Blvd) from 6:30 to 10:30 p.m. Remy’s sister, Lena, will help select the evening’s door prize winners. [Gregs List DC]

Myerton Apartments Becoming Condos — In 2007, developer JBG decided to scrap plans to market a new renovation project in Penrose as condominiums. Instead, with the economy on the ropes, it leased out the property as the Myerton Apartments. Now, the project’s 74 apartments are once again slated to be sold as condos. Two bedrooms will be priced just below $300,000. [Urban Turf]

END_OF_DOCUMENT_TOKEN_TO_BE_REPLACED

More Stories
Major Delays on I-395 Due to Fire in D.C.Cuccinelli Rips Arlington For HOT Lanes Suit