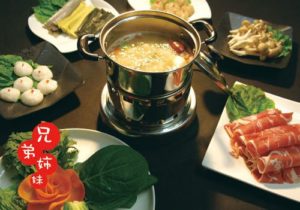 A new eatery called Mala Tang is coming to 3434 Washington Boulevard in Virginia Square. The restaurant will specialize in an Asian cuisine known alternately as Sichuan hot pot or Chinese fondue.

According to the restaurant’s web site, Sichuan hot pot is a 1,000 year old cuisine that consists of “a colorful array of meats, seafood, vegetables, bean curd and noodles that each diner chooses from and dips in a communal pot of simmering liquid.” The pot can be served in mild or spicy varieties.

No word on when Mala Tang will open — it just applied for a liquor license today and nobody is answering the phone — but the restaurant already has a Twitter and a Facebook presence. They’re in the process of hiring restaurant staff, according to a recent Craigslist ad.