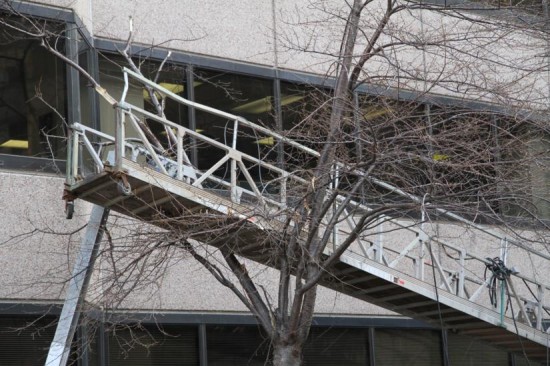 A large piece of scaffolding apparently used for washing windows fell about 15 stories from the top of a Crystal City office building this afternoon.

The scaffolding fell onto some trees in a courtyard below. Amazingly, nobody was injured and the building did not appear to have suffered any damage.

It happened at the SAIC building, at 200 12th Street South in Crystal City. Firefighters were called to the scene around 1:30 this afternoon.

Despite the scare, a few brave window washers were still working aloft at an adjacent building in the office complex.