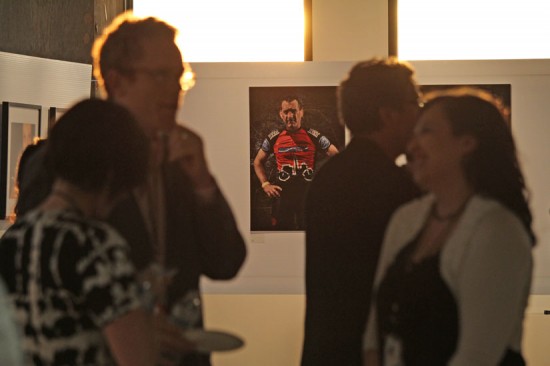 Located on the top two floors of an office building at 2450 Crystal Drive, the show features 250 photos from 55 local photographers, a library of 150 photography books and a wine bar run by the Washington Wine Academy.

Photographers and reporters got a sneak peak at the exhibit last night. Here some of our photos from the event.

DISCLOSURE: Crystal City BID, the sponsor of FLASH, is an ARLnow.com advertiser.

As part of FLASH, ARLnow.com will be hosting a photo contest dubbed “Flickr Flash.”

The contest will challenge photographers to take photos during the first two Crystal City 5K Friday races in April and submit them to a Flickr group for recognition and prizes. Ten finalists will be chosen and will be voted on by ARLnow.com readers. The top three vote-getters will be announced at a FLASH event and will receive gift cards from local restaurants.