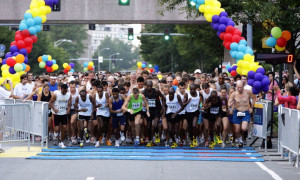 Pay no mind to the white stuff on the ground. The start of spring is a mere four weeks away (March 20).

Every Friday in April, starting on April 1, Crystal Drive and Old Jefferson Davis Highway will be shut down between 6:15 and 7:30 p.m. to allow hundreds of runners to take a jog through the heart of Crystal City.

The first three races will include a tie-in with Crystal City’s upcoming FLASH photography exhibit. Runners will get free admission and a free drink at an after-party held in the exhibit space, provided they remember to hang on to their racing bib.