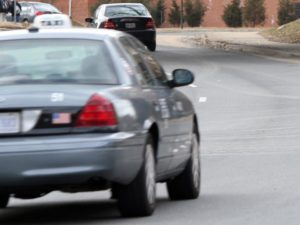 Update at 11:35 a.m. — As this story was being written, NBC4’s Tom Sherwood reported on Twitter that the D.C. fuel surcharge will now apply to both in-city and out-of-town trips.

New fuel surcharge rules in the District are giving cabbies another reason to refuse Virginia fares.

Anybody who’s ever tried to take a cab from the District to Arlington late at night or on a holiday knows that D.C. cabbies do not like driving into Virginia. It’s more lucrative for cab drivers to make frequent short trips around the District than to make a longer trip to Virginia, only to have to drive back to D.C. on unpaid time.

We’ve heard reports that some cab drivers have been refusing Virginia fares since the surcharge went into effect on Monday.

“Three different cabs refused to take her after they rolled down the window and heard her destination,” he said. “I assume this is because they don’t get the fuel surcharge for Virginia trips.”

It is against D.C. taxi regulations for a cab driver to refuse a fare due to their destination.