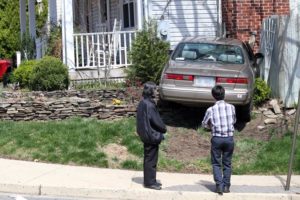 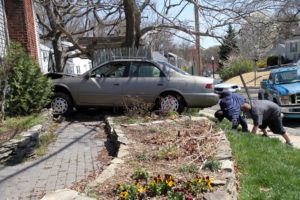 A Toyota Camry somehow hopped a curb, smashed a small stone wall and hit the side of a house in the Claremont neighborhood this afternoon.

The crash happened near the traffic circle at the intersection of S. Chesterfield Road and S. Dinwiddie Street, across the street from Wakefield High School. Only one vehicle was involved and there were no reported injuries. No word on whether any charges will be filed against the driver.

The car wound up in a homeowner’s garden, about five feet above street level. A large crack was visible in the base of the home’s brick chimney, about where the car struck, but it’s not known for sure whether it was actually caused by the collision.

Roads were temporarily blocked while a tow truck worked to extract the car from the yard. More photos, after the jump. 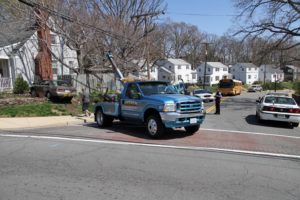 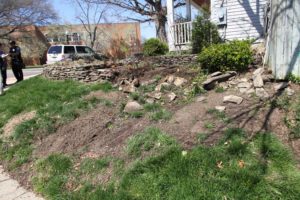 END_OF_DOCUMENT_TOKEN_TO_BE_REPLACED

More Stories
DEVELOPING STORY — Federal Shutdown Could Have “Severe Impact” on N. VirginiaThe Day of Reckoning is Coming, According to RV Convoy