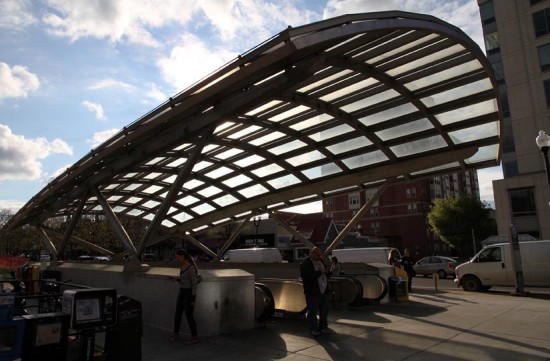 Wright Gate Reopening — Fort Myer’s Wright Gate, used by local bicyclists and pedestrians, will reopen on Monday. The gate, located at N. Meade Street and Marshall Drive, closed for repairs in March. Starting Monday, it will be open from 5:00 a.m. to 9:00 p.m. daily. Henry Gate, at Arlington Blvd and Pershing Drive, will revert to its normal hours: 6:00 to 8:00 a.m. and 4:00 to 6:00 p.m.

Creepy Encounter on Orange Line — A woman says a man pressed up against her in an inappropriate manner on an Orange Line train between Court House and Ballston stations. [Unsuck DC Metro]