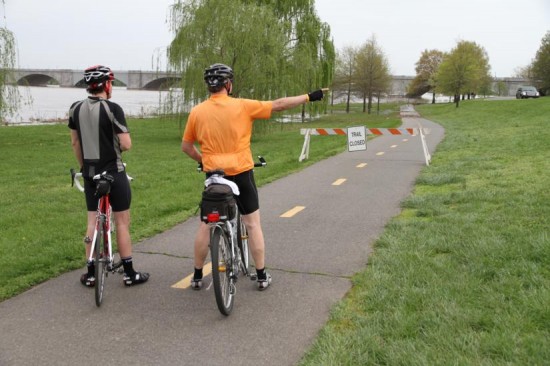 Part of the Mt. Vernon Trail is closed between Roosevelt Island and the Humpback Bridge due to flooding.

The Potomac River is now covering a low-lying section of the trail. This afternoon ducks and debris could be seen floating where humans can usually be seen exercising.

The National Park Service has placed “trail closed” signs on either side of the flooded portion, but joggers and bicyclists are simply diverting to a narrow dirt path that runs dangerously close to the northbound GW Parkway, which has been the scene of two serious accidents in the past week.

Flooding along the banks of the Potomac has also forced evacuations in Georgetown and the rescue of a group of Boy Scouts near White’s Ferry. A tipster tells us the rescued Boy Scouts are from Arlington, but so far we’ve been unable to confirm that. 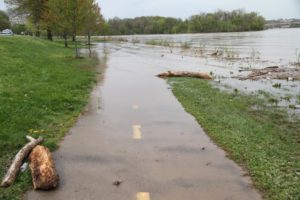 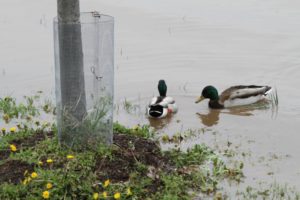 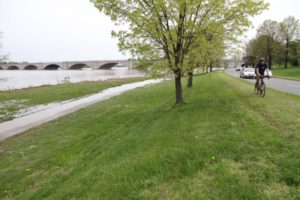 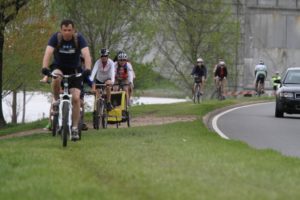