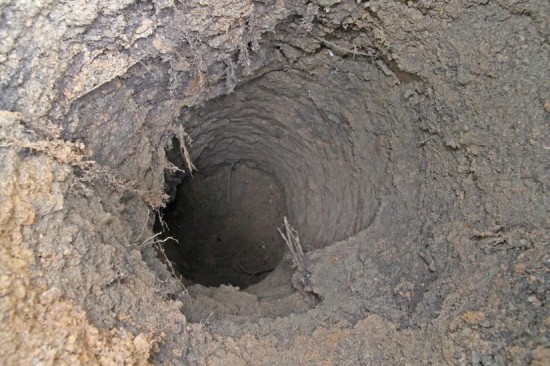 If Alice fell down this hole, she would probably reach Wonderland.

A hole that appears to be at least 20 feet deep has opened up in Haley Park, at 2400 S. Meade Street in Arlington Ridge. Police and crews from the county parks department responded to the scene this morning after a neighbor reported the hole, which apparently opened at surface level after this weekend’s heavy rains.

The hole is right smack in the middle of the small park, which used to be the site of an old house owned by the Haley family. The home eventually fell into disrepair about 30 years ago and the family donated the land to Arlington County, according to a neighbor. One possible explanation for the hole is that it used to be some sort of well used by the homeowners.

A man who lives near the park said that the hole has been a problem for about 10 years. Every couple of years since then, he said, the hole would appear and the county would work to fill. Nonetheless, like a bad habit, the hole keeps coming back. 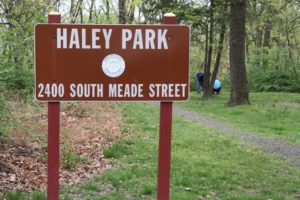 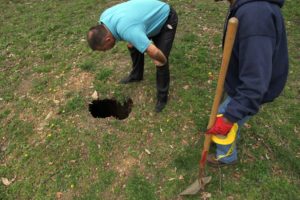