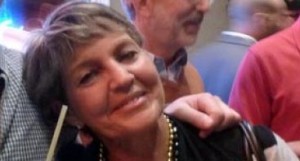 The jogger who was struck by a truck while waiting to cross the GW Parkway last week has died.

On Thursday afternoon Karen Dubin, 56, was waiting to cross the northbound lanes of the GW Parkway, south of Memorial Bridge, when she was struck by a pickup truck, according to U.S. Park Police spokesman Sgt. David Schlosser. Dubin, of Bethesda, was transported to George Washington University Hospital. She succumbed to her injuries last night, Schlosser said.

Witness accounts posted here and on a blog created to update friends and family on Dubin’s condition shed light on how the accident happened. According to multiple accounts, Dubin was standing on the side of the Parkway near the north ramp to Memorial Bridge when a couple of cars stopped to let her cross. A pickup truck apparently didn’t see the stopped cars in time and swerved to avoid a rear-end collision. The truck struck Dubin and became pinned on top of her. Fellow joggers and other witnesses rushed to the scene and helped to lift the big truck off of Dubin while others called 911. She was conscious, alert and talking when she was brought to the hospital.

Schosser says the driver of the truck remained on the scene. No charges have been filed yet, but “the investigation is on-going,” he said.

Karen was “a loving and vibrant wife, mother, sister, daughter, and friend,” according to those who knew her. She was an international trade specialist with the U.S. Department of Commerce, with degrees from George Washington University and Syracuse University, according to her LinkedIn page.