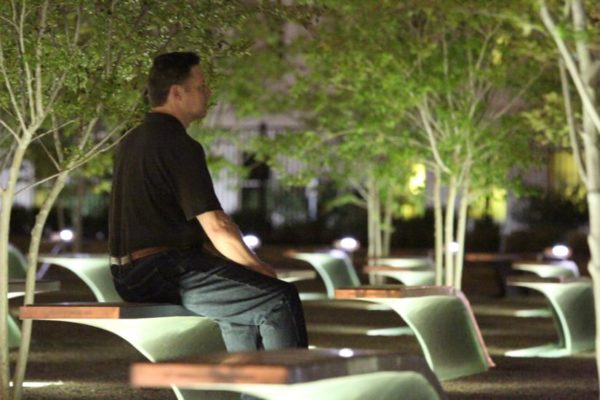 In contrast to the noisy, jubilant celebration at the White House, the scene at the Pentagon Memorial last night was one of quiet remembrance.

About two dozen visitors trickled in to the memorial following the announcement that Osama bin Laden had been killed by American forces in Pakistan. As visitors strolled the dimly-lit grounds, only the peaceful sound of bubbling water could be heard. The sound came from small pools below each of the memorial’s 184 benches, which represent the 184 people killed during the bin Laden-orchestrated attack on the Pentagon on Sept. 11, 2001.

Two visitors said they came to the Pentagon seeking a deeper connection to the evening’s news.

“The celebrations over at the White House didn’t fully capture the emotions of the night,” said Crystal Adams, of the District. Fellow District resident Brian Chiglinsky agreed.

“It felt like this was the place for a more solemn remembrance about the importance of tonight and what this past decade has meant to our generation,” he said. 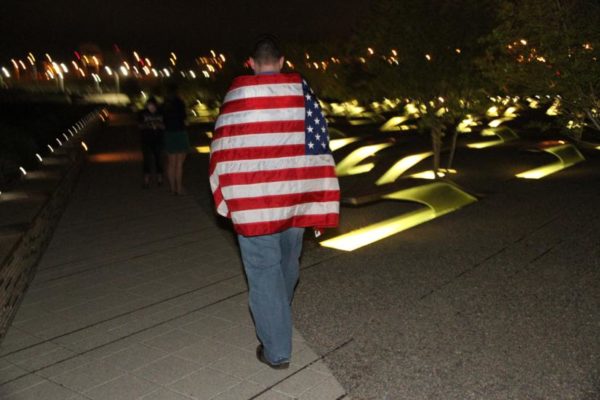