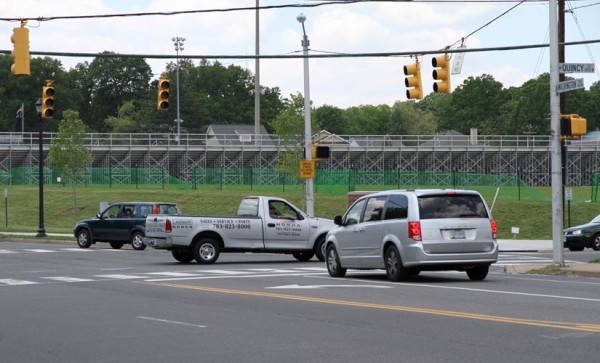 (Updated at 2:25 p.m.) Power has been restored after a widespread outage in Arlington, Dominion says.

Power was restored just after 1:50 p.m., according to Dominion spokeswoman Le-Ha Anderson. She said the outage, which lasted 38 minutes, was caused by a malfunctioning piece of equipment at the company’s Clarendon power substation.

Nearly 8,000 Dominion customers in Arlington lost power at the height of the outage, Anderson said.

Several traffic lights went dark in the Clarendon, Virginia Square and Ballston areas around 1:15 p.m. Police directed traffic at the busy intersection of Washington Boulevard and N. Quincy Street — near the Arlington Central Library — during the outage.

There were also several reports of people who were stuck in elevators that stopped when then the power went out.