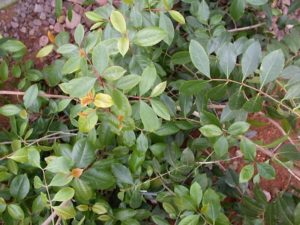 (Updated at 4:15 p.m.) An Arlington man has been arrested and accused of running an international drug ring.

Federal prosecutors say Yonis M. Ishak of Arlington was the leader of a criminal conspiracy that imported millions of grams of the illegal African drug Khat into the United States from England, Holland and Canada. Public records show that Ishak lived in an apartment on the 2000 block of N. Vermont Street in Waverly Hills.

Authorities say Ishak, a naturalized U.S. citizen from Somalia, used couriers and the postal system to distribute nearly 10,000 pounds of Khat to at least 15 states, including California, Washington, Tennessee, New York and the D.C. metro area. Ishak was arrested yesterday along with 17 alleged co-conspirators. Ten of the individuals arrested were from Northern Virginia, although Ishak was the only one from Arlington.

Khat leaves contain the drug cathinone, an addictive amphetamine-like stimulant. The leaves are chewed by users, a common practice in parts of Africa and the Middle East. The charge of conspiring to distribute the drug carries a maximum penalty of 20 years in prison. See more information on the case here.