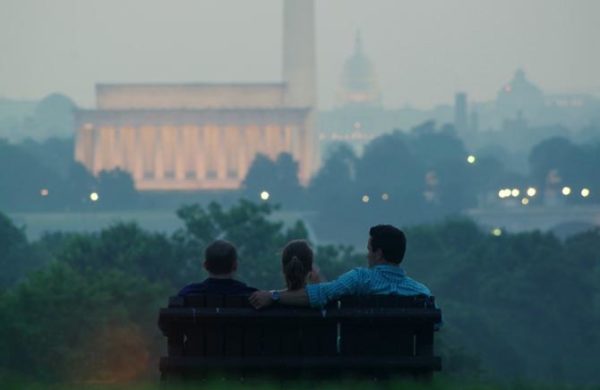 Heat Advisory Today — The heat and high humidity is not relenting after a scorching Memorial Day. The National Weather Service has issued a heat advisory for the D.C region from noon to 8:00 p.m. today. Temperatures are expected to reach the low-to-mid 90s, while the heat index soars to as high as 105. [Weather Channel]

Missing D.C. Man Found Safe — Matthew Hill, a youth minister at George Washington University who went missing last Tuesday, has been found safe near his family’s home in North Carolina. D.C. police told a newspaper that he had traveled there — without contacting family or friends — for “personal reasons.” An extensive volunteer-led search and social media outreach campaign was launched by Hill’s friends following his disappearance. (His last known location was an Arlington gas station.) The concern for Hill’s well-being even extended into the sports world. Boston Red Sox pitcher Daniel Bard, a close friend of Hill, was said to be continuously checking his cell phone for updates in the team’s clubhouse. [Charlotte Observer, Boston Globe]

Local Opera Company to Shut Down — After 50 years in existence, the Arlington-based Aurora Opera Theatre will be ceasing operations on July 1 due to financial difficulties. Aurora is currently the oldest operating opera company in Virgina. [Sun Gazette]