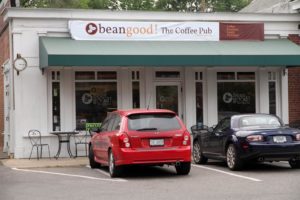 After about eight years in business as Greenberry’s, the new owner of the coffee shop between Rosslyn and Clarendon has decided to go “indie.” Out is the Charlottesville franchise that just won a “Best of NoVA” award in the latest issue of Northern Virginia Magazine. In is “Bean Good: The Coffee Pub,” a brand of owner Shain Noorali’s own creation.

Without the legal constraints of a franchise, says Noorali, the cafe will be able to offer more items, including locally-roasted coffee, locally-sourced food and, of course, beer and wine.

“It gives us the freedom to do things we wanted to do,” said the McLean resident, who grew up on a coffee farm in Tanzania.

Later this summer Noorali expects to introduce new desserts — gelato and cupcakes are both possibilities. Then this fall she expects the license to come through to serve beer and wine. At some point Noorali also hopes to introduce live entertainment — local musicians, mostly.

While the name has changed and new offerings are being added, Noorali — who has owned the store for a couple months now — says that the low-key vibe will remain.

“There are not going to be any drastic changes… we’re not going to change the culture of this place,” she said. “We really want this to be a place where everyone feels comfortable… a living room away from home.” 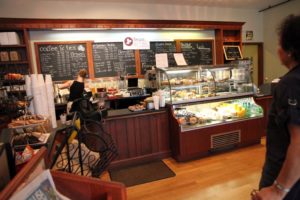 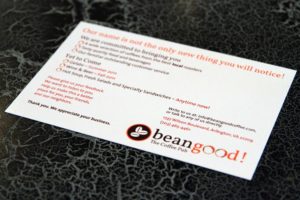