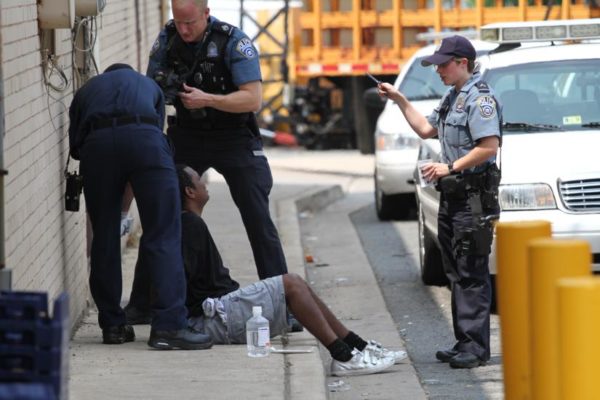 An off-duty Arlington County Detention Center guard was assaulted by a former inmate outside a 7-Eleven on the 3000 block of Columbia Pike this afternoon, authorities tell ARLnow.com.

The guard, an Arlington sheriff’s deputy, was treated at a hospital after the attack, according to Maj. Mike Pinson of the Arlington County Sheriff’s Office. The injured deputy was spotted talking to police officers after the attack while wearing a small head bandage and an arm sling, but Pinson was unable to confirm the exact nature of his injuries.

The alleged assailant, meanwhile, was taken into custody and transported to the hospital for injuries that Pinson described as “minor.” The photo above shows the man handcuffed while being photographed and interviewed by police. Pinson said charges are pending against the man, a former inmate.

Attacks against sheriff’s deputies who work at the lockup are “infrequent,” Pinson said. 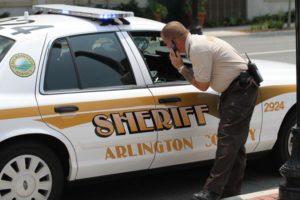 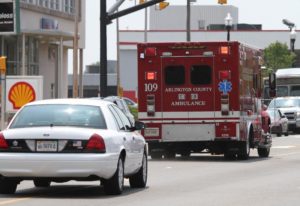