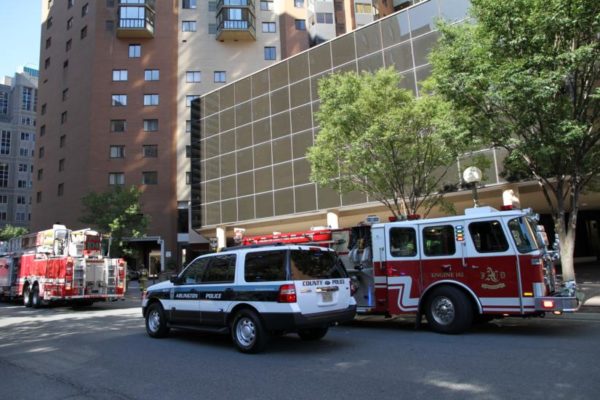 (Update at 2:35 p.m.) An elderly woman is dead following a car fire in the parking garage below the Ballston Hilton (950 N. Stafford Street).

Homicide detectives were called to investigate the woman’s death, but according to police spokeswoman Det. Crystal Nosal the death is now being investigated as a probable accident.

Police believe the woman, 74-year-old Adele Lapinell of Annandale, suffered some sort of medical emergency that caused her to crash her vehicle on the G-1 level of the garage. The crash caused the fire, Nosal said — likely the result of a gas line that was damaged by the collision. The first and second floors of the hotel were evacuated during the fire as a precaution.

Lapinell’s body was found as firefighters extinguished the blaze. Nosal said she was identified as a “registered parker” in the garage. She was the only person in the vehicle at the time of the collision.

Police shut down Stafford Street between Fairfax Drive and 9th Street N. while emergency responders were on the scene. The road has since reopened. Washington Gas crews are on the scene to help repair the gas line. 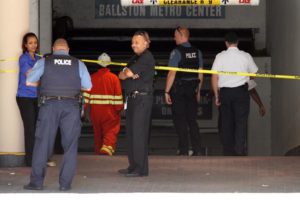 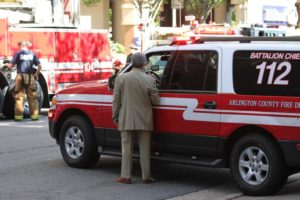