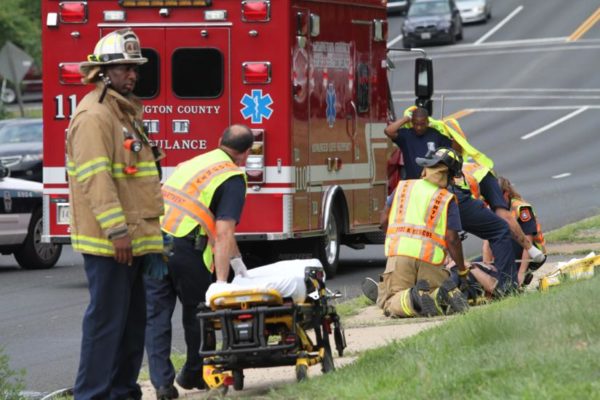 A collision between a pickup truck and an SUV blocked both lanes of westbound Route 50 at S. Columbus Street around 10:45 this morning.

The two drivers were treated on the scene and taken to the hospital with injuries described as “minor.” A small fire broke out in one of the vehicle’s engine compartments, but was quickly extinguished by police.

Westbound Route 50 traffic was diverted onto Park Drive, near the Outback Steakhouse. A flatbed truck arrived on scene and towed both vehicles away. 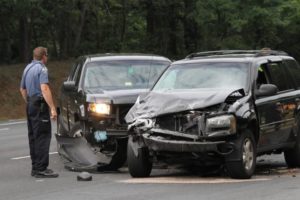 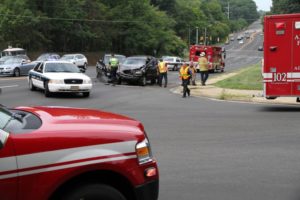 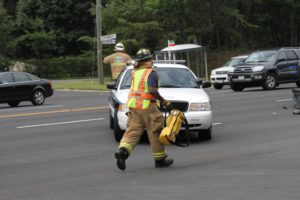 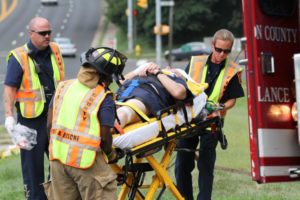