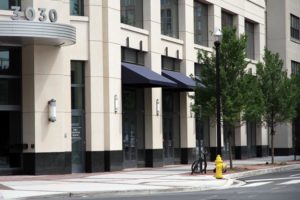 The store was originally slated to open “mid-2011,” but that hoped-for opening has been pushed back due to an unexplained delay in applying for (and getting) the necessary permits and inspections. In May, a Trader Joe’s rep told ARLnow.com that the store is expected to open by the end of the year.

In addition to the building permit, Trader Joe’s has also received a zoning permit that will allow it to modify the building’s first floor facade (pictured) for use as a grocery store. The only other regulatory hurdles that remain, for now, concern the store’s fire prevention plan.

The new Trader Joe’s will be located at 1109 N. Highland Street, one block from the Clarendon Metro station.