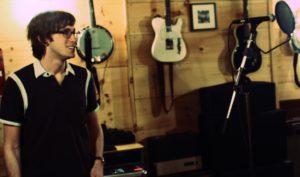 Ross, a staffer in the Manhattan District Office of Rep. Jerrold Nadler (D-NY), has played South by Southwest, the CMJ Music Fest and NYC’s Mercury Lounge, among other major venues, but he has yet to play the city that’s the focal point of his day job.

Ross cites Wilco, the Beatles and Ryan Adams as influence, and his eclectic, often ballad-y music has also garnered some comparisons to Ben Folds. He will perform with his 9-piece band and horns at 8:00 p.m. on Sunday at Iota Club (2832 Wilson Blvd).