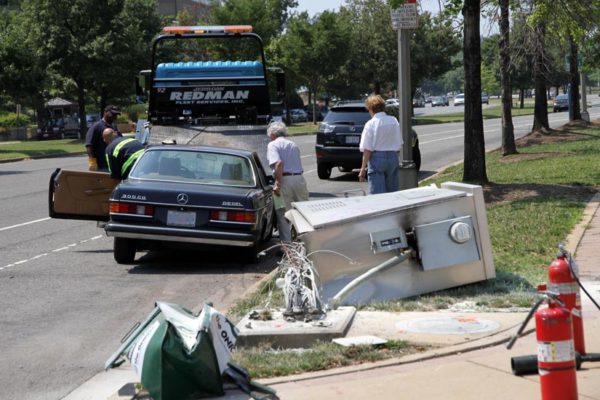 (Updated at 12:45 p.m.) The traffic light at the busy intersection of Army Navy Drive and S. Hayes Street is dark after a older model Mercedes sedan crashed into the traffic signal control box.

Police were directing traffic at the busy intersection, which is located across from the Pentagon City mall. The intersection handles Pentagon City traffic exiting and entering I-395. Backups are minor at this time, but police are not allowing drivers to make left-hand turns. County crews were seen erecting portable stop signs just before noon.

Dominion has reportedly been delayed in responding to the scene due to a power outage in Alexandria. Police have been told the repairs may last for much of the day.