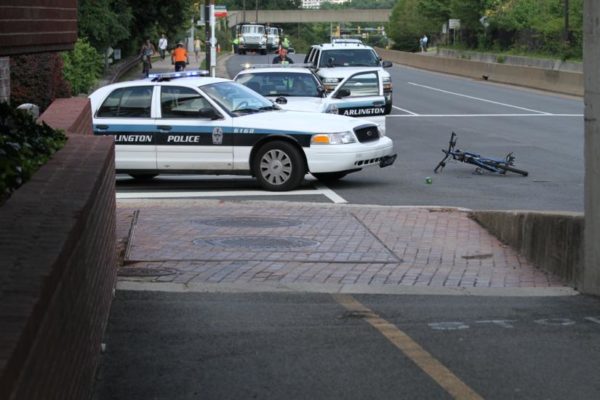 The cyclist was heading downhill on the Custis Trail, toward Rosslyn, at the time of the accident. He struck the front bumper of the police cruiser as it was entering westbound Lee Highway from N. Oak Street, tumbled to the ground and suffered a bloody head wound. The wound was said to be superficial and the cyclist was conscious when medics arrived to treat him.

There is a painted stop sign on the trail just before the intersection.

It’s unclear if the cyclist was wearing a helmet at the time, but none was spotted near the scene. He was loaded into an ambulance and taken to the hospital.

The police officer involved in the accident was responding to a bicyclist who was reported struck by a car at Lee Highway and N. Quinn Street, also along the Custis Trail. The cyclist in that accident reportedly only suffered minor injuries. 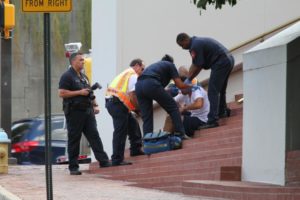 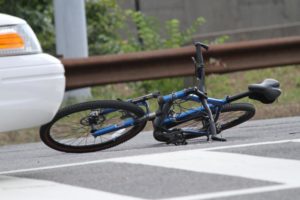