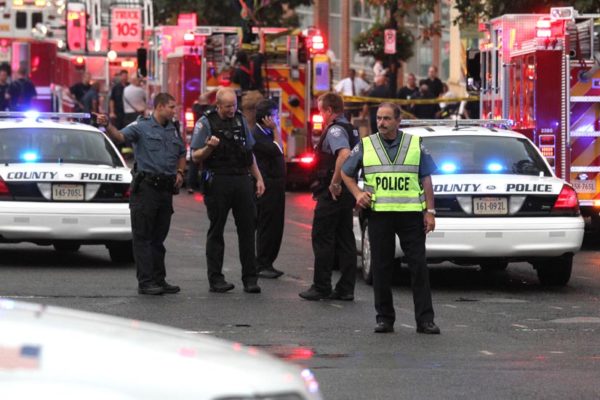 A fire broke out on the fourth floor of the Pentagon Row apartments just before 6:00 tonight, sending residents into the street as firefighters battled the flames.

The blaze reportedly started and was mostly contained to one apartment on the east side of the building. However, water and smoke damage were possible in floors above and below the apartment. At least one family was displaced.