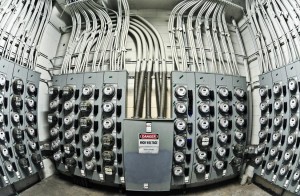 (Updated at 12:25 p.m.) The GenOn power plant along the Potomac River in Alexandria will be retired next year, in a victory for local environmental advocates who railed against the coal-fired plant’s carbon emissions.

The 62-year-old plant is expected to close by Oct. 1, 2012, according to a City of Alexandria press release. Alexandria will release $32 million that was being held in escrow to pay for environmental controls at the plant, in order to facilitate its closure.

“Today’s announcement is a path forward for both Alexandria and the power company that works for everybody, and truly reflects the interest of both parties,” Alexandria Mayor William Euille said in a statement. “Both the Alexandria City Council and community have worked extremely hard toward this goal, and we are very proud of the final result.  This news strengthens Alexandria’s future and opens the door to an enhanced quality of life for our residents.”

No word yet on what might eventually happen to the prime waterfront property on which the plant is located. The land is owned by Pepco, according to the Washington Business Journal, but there has been talk of using the land for a nearly half-billion dollar mixed-use project.

This was a long fought but well won victory for the citizens of Alexandria and the nation’s capital. What once was the largest stationary source of air pollution will be no more. Through citizen involvement and committed city officials, the Potomac River Generating Station and its 1949 coal-fired boilers will finally be shuttered.

Forced to reduce its emissions and scale back its operations to comply with the Clean Air Act as a result of a lawsuit and enforcement actions, Mirant and GenOn were ultimately unable to compete with cheaper and cleaner natural gas powered electricity. Tougher federal regulations now in development may have also convinced GenOn’s management that the $28 million in settlement funds that had been set aside to meet the cleanup terms of the settlement were better than the losses their shareholders were taking trying to keep the outdated plant in operation.

Northern Virginia stands as an example of a prosperous and environmentally-conscious community. Today’s action maintains our commitment to a better, cleaner environment for our region’s next generation. The extinction of this dinosaur of a facility is heartily welcomed.

“Every human being has a basic and fundamental right to breathe clean air, which is why so many of us have fought for so long to shut down this dirty, old coal-fired power plant in our midst. This is a major victory for the people of Alexandria that will strengthen our quality of life, and I congratulate all of the officials involved.”

“Our community owes a great deal to the citizen activists who have worked with such unfailing dedication and perseverance to get us to this point. While there is reason to celebrate, the agreement does allow some wiggle room on the closing date, which means we must continue to be vigilant until the day the plant finally and permanently closes its doors.”