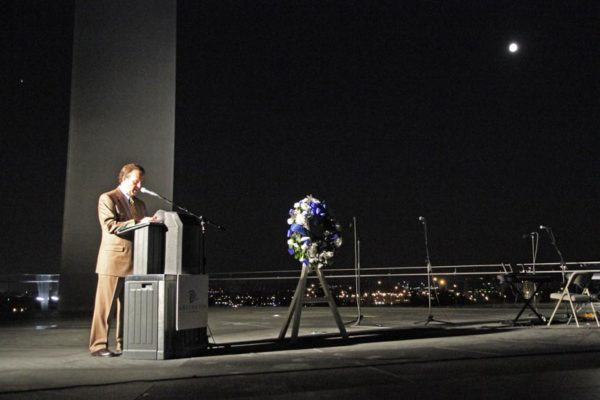 On Saturday night Arlington County held a ceremony to mark the tenth anniversary of the 9/11 attack on the Pentagon.

The ceremony, held at the Air Force Memorial, was attended by Arlington police officers and firefighters who responded to the Pentagon on Sept. 11, 2001, as well as top county officials, military personnel and interested citizens.