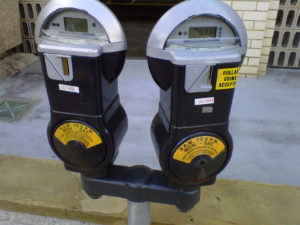 Rosslyn’s Artisphere (1101 Wilson Blvd) is planning to transform two parking spaces outside the cultural center into a “tranquil lounge space” on Friday.

The event is being held as part PARK(ing) Day, “an annual, worldwide event that invites citizens everywhere to transform metered parking spots into temporary parks for the public good.”

In addition to the lounge itself, Rosslynites will be treated to a performance by dance artist Sarah Levitt between 5:00 and 6:30 p.m. See the press release about the event, after the jump.

In cities around the globe on September 16, 2011, artists, activists and citizens will temporarily transform metered parking spaces into public parks and other social spaces, as part of an annual event called “PARK(ing) Day.” Artisphere has partnered with Apartment Zero, Dance Exchange and the Rosslyn Business Improvement District to bring this event to Rosslyn and transform two parking spaces in front of Artisphere into a tranquil lounge space to relax and enjoy from 8:30am to 6:30pm. Dance Exchange will perform a site-specific version of their dance work, Hammock, from 5pm to 6:30pm.

Originally invented in 2005 by Rebar, a San Francisco-based art and design studio operating at the intersection of art, design and ecology, PARK(ing) Day challenges people to rethink the way streets are used and reinforces the need for broad-based changes to urban infrastructure. Since 2005, the project has blossomed into a worldwide grassroots movement: PARK(ing) Day 2010 included more than 800 “PARK” installations in more than 180 cities in 30 countries on six continents. This year, the project continues to expand to urban centers across the globe. “Artisphere is excited to work with our partners to help re-imagine the possibilities of the urban landscape,” says Artisphere Executive Director José Ortiz. “We remain committed to sharing art with the largest possible audience and Park(ing) Day provides an opportunity to activate art outdoors through design and performance in Rosslyn.”

Against the backdrop of a contemporary relaxation experience created by multi-disciplinary design and curatorial studio Apartment Zero, Dance Exchange will perform“Rest Easy,” a site-specific installation element of Hammock in which Dance Exchange artist Sarah Levitt will seek rest in repetition from 5pm-6:30pm on September 16. The stage version of Hammock strips away the high-tech production elements of modern performance, instead focusing on the human body and the stage space they inhabit. Choreographed by Dance Exchange artists Sarah Levitt and Benjamin Wegman, Hammock explores rest as a defiant and aggressive act. The artists describe their process as one that “shifts between rest and productivity, talking and silence, being seen and disappearing, virtuosity and ‘that doesn’t look like a dance,’ changing the world and giving up for good.” Hammock was originally commissioned by the John F. Kennedy Center for the Performing Arts as part of Performing Arts for Everyone at the Millennium Stage for its debut on September 8 and 9, 2011.

PARK(ing) Day is an “open-source” user-generated invention created by independent groups around the globe who adapt the project to champion creative, social or political causes that are relevant to their local urban conditions. More information on Rosslyn’s PARK(ing) Day can be found at www.artisphere.com and a global map of all participating cities are available on the PARK(ing) Day website, at www.parkingday.org.