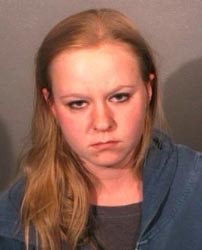 A 21-year-old woman has been arrested and charged with Driving While Intoxicated in a July crash that seriously injured an Arlington County police officer.

At 2:20 a.m. on July 20, the officer was responding to a call in Ballston when his police cruiser collided with another vehicle at N. Glebe Road and Washington Boulevard. The officer was taken to the hospital with serious injuries. Even now, he’s “still in and out of the hospital,” according to police spokeswoman Det. Crystal Nosal.

Today police announced that Arlington resident Kathryn Grace Kron, 21, has been arrested in connection with the accident. Kron is charged with Driving While Intoxicated, DWI Maiming and Possession of a Schedule II Drug, according to police. She is currently out on bond.

On Facebook, an Arlington resident named Kathryn Kron is listed as a Yorktown High School graduate.