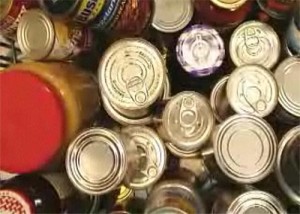 “Most of the individuals, I would say, are affected by the recession,” AFAC Executive Director Charles Meng told ARLnow.com. “The issue remains that unemployment among the lower income brackets in Arlington County is still very high. Those individuals are still not finding jobs, or are getting jobs that pay minimum wage.”

Meng said that while Arlington’s unemployment rate is among the lowest in the country, the relative prosperity has not trickled down to lower-income individuals, who are having a hard time finding full-time employment that pays the bills. According to Meng, it takes a wage of about $12.50 to $13.00 per hour to live in Arlington.

“Rents are high and the price of various commodities are higher here than elsewhere,” he said. “We do see some of our clients getting jobs, but they’re not full time and they’re not at a living wage for Arlington County.”

While previous growth in the number of individuals served by AFAC came from senior citizens, Meng says the latest growth came from an increase in families utilizing AFAC’s S. Nelson Street, Clarendon and Gunston distribution sites. The organization operates about a dozen distribution sites around the county.

The good news, according to an AFAC press release, is that donations are increasing.

Meng said AFAC can meet current demand, but added: “We can always use donations.”