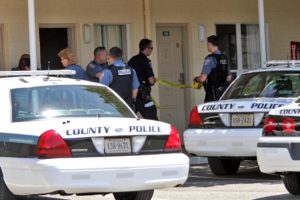 Next week is national Mental Health Awareness Week and Arlington County is using the occasion to emphasize ways residents can help prevent suicide.

From 2005 to 2010 there were 102 suicide deaths in Arlington, according to the county’s Department of Human Services. During those six years, 71 percent of the deaths were among males, and most of those males were in their 30s or 40s.

Arlington’s average yearly suicide rate is 8.21 deaths per 100,000 residents. Though that rate is lower than the comparative national rate of 11.1 suicide deaths per 100,000 people (36,000 deaths in the U.S. per year), Arlington County is reminding residents that they can help prevent a tragedy by recognizing the following early warning signs of suicidal behavior.

If someone you know exhibits any of those signs, you’re encouraged to call the Arlington County Mental Health Emergency Service 24-hour hotline at 703-228-5160. If you yourself are having thoughts of suicide, seek help by calling CrisisLink at 703-527-4077 or the National Suicide Prevention Lifeline at 1-800-273-8255.