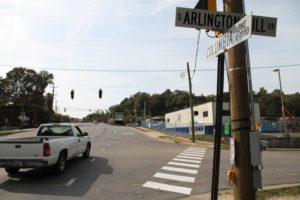 A set of temporary traffic signals has been installed at the intersection of Columbia Pike and S. Arlington Mill Drive.

The intersection, which sits between two existing sets of traffic lights at Four Mile Run Drive and at S. Dinwiddie Street, is adjacent to the under-construction Arlington Mill Community Center and a future 122-unit affordable housing complex.

On its web site, Arlington County says the new traffic signals — which haven’t been switched on yet — are necessary because of construction. Don’t expect the lights to stay on for long, though. Arlington Mill Drive is expected to be closed during the latter stages of the community center’s construction.

“Once the traffic signal is activated, the 9th Street connection on the north side of the [Arlington Mill construction] site will be closed to upgrade water and stormwater infrastructure and install curb and gutter,” the county said. “Access to Columbia Pike will be maintained for Park Glen residents via S. Arlington Mill Drive. At this time, additional stormwater drainage facilities will also be installed just west of the site along S. Dinwiddie Street.”

“When 9th Street is reopened in two to three months, S. Arlington Mill Drive will be closed to all traffic – except for construction vehicles – for the duration of the project,” the county added. “All Park Glen traffic will be directed to Columbia Pike through the new 9th Street connector and S. Dinwiddie Street.” 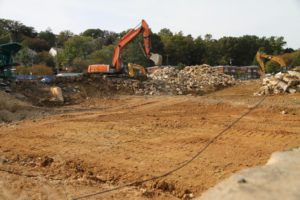 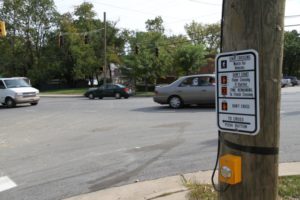