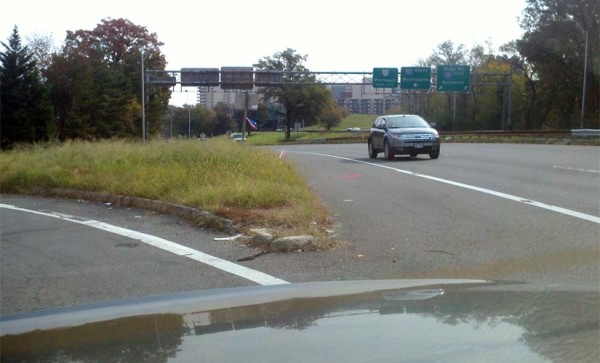 The tricky merge from eastbound Columbia Pike to northbound Washington Boulevard has been made even trickier recently due to high grass.

The merge, which lacks an acceleration lane to get up to the speed of fast-moving traffic on Washington Boulevard, has been the scene of numerous fender benders. While it was still hard for drivers to see oncoming traffic when the grass was mowed, cab drivers tell us that it’s now even harder.

Luckily, the entire interchange is slated for replacement by 2015.