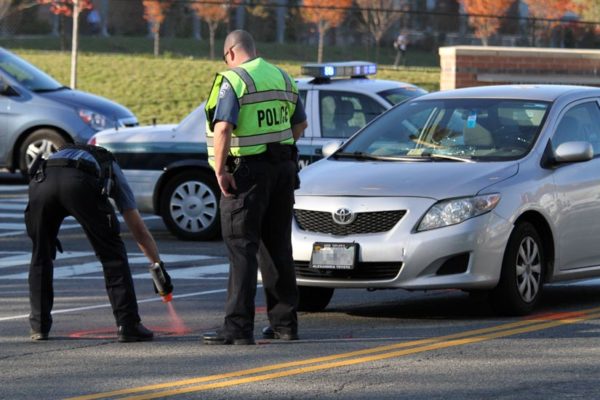 (Updated at 3:35 p.m.) North Quincy Street was shut down this afternoon between Washington Boulevard and 11th Street — a block from Arlington Central Library and Washington-Lee High School — after a bicyclist was struck by a car.

Initial reports suggest the cyclist was alert and conscious, but suffered a head injury. She was transported to a local hospital.

The road was shut down for about half an hour while police investigated the incident.