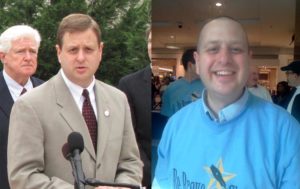 Hope, who was scheduled to speak at the Sunday afternoon event, surprised the audience when he revealed that he was going to have his meticulously-maintained coif shaved off to help raise money and awareness.

Be Brave and Shave is the signature event of Heroes Against Childhood Cancer, which raises money for cancer research at Children’s National Medical Center. Since its founding in 2009, Be Brave and Shave events have raised some $1.5 million for the cancer programs at Children’s, making it possible for the hospital to hire its first professor of oncology. The organization is hoping to raise enough money to hire another pediatric cancer researcher in the near future.

“The medical team at Children’s is performing miracles everyday in the lives of children facing this dreaded disease,” Hope said in a statement. “We need to aggressively pursue innovative research and therapies and cure childhood cancers once and for all. I’m so honored to associate myself with Children’s and hope in some small way I can help raise awareness.”

Hope wasn’t the only notable local who went above and beyond the call of duty at the fundraiser, held this year in the Fashion Centre at Pentagon City food court. Chief Scott got his rank-and-file officers fired up when he announced that he would not only shave his head, but he’d also shave his mustache for the first time in 25 years. The mustache alone brought in $400 in donations, according to Det. Matt Owens.

“The response from our department is quite gratifying,” Scott said later, in a statement. “While about 20 officers had their hair shaved or cut off, many more participated in fundraising and donations. I think it is wonderful to be part of an organization that feels so strongly about giving back to the children in our community.”

Learn more about donating to Heroes Against Childhood Cancer here. 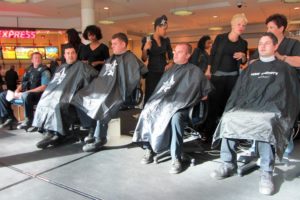 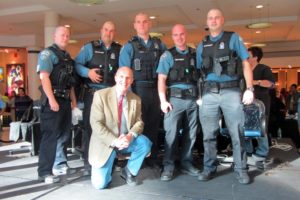 Courtesy photos. See more photos from the event on Flickr.