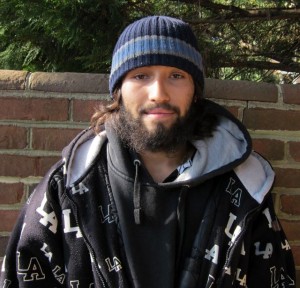 A man suspected in a shooting incident near the White House on Friday night might have been squatting in a vacant Arlington home.

Gunfire was heard around 9:30 Friday night on the 1600 block of Constitution Avenue NW, near the White House. According to news reports, a driver was later seen abandoning a car and fleeing across the Memorial Bridge into Arlington. An AK-47 rifle was recovered, according to the Secret Service.

The Highland Park/Overlee Knolls listserv is now abuzz with word that Oscar Ortega, who is wanted by U.S. Park Police for carrying a dangerous weapon in connection with the incident, may have been staying in their neighborhood.

According to an email sent to the listserv on Sunday: “I thought you all might like to know that the police informed my husband and one of our neighbors that they suspect that someone they are seeking in connection with a shooting incident near the White House was squatting in the house on the corner of N. 22nd and Madison that is currently empty and awaiting demolition.”

Spokespersons for Arlington County Police and U.S. Park Police said they were unaware of any investigation in the area. But two residents who spoke to ARLnow.com confirmed that there were at least four police cars parked near the house on Sunday morning.

Oscar Ramiro Ortega is described by police as a 21-year-old Hispanic male with brown eyes, black hair and a medium build. He’s 5’11” and 160 lbs, with tatoos on his right hand, upper back, chest and on the left side of his neck. Police say Ortega has ties to the state of Idaho.