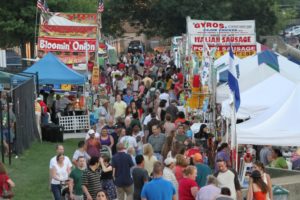 Marshall Roller, a resident of Fredericksburg, Va., had worked as the county fair’s event manager since at least 2005. A county employee since August 2003, Marshall Roller worked for the fair under a Memorandum of Understanding between the county and the non-profit that organizes the fair, said county and fair officials. Before being hired by the county, Marshall Roller helped to organize the annual Taste of Arlington event in Ballston. 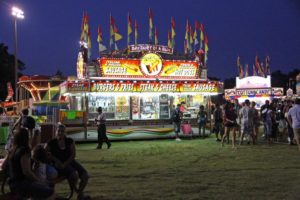 In a statement emailed to ARLnow.com, Arlington County Manager Barbara Donnellan said the county acted swiftly after the allegations came to light.

“The County acted immediately upon learning of allegations that Arlington County Fair funds had been misappropriated by a County employee,” Donnellan said. “It turned the matter over to the Arlington County Police Department and appropriate action was taken with the employee. After investigating, ACPD turned the results of its investigation over to the Commonwealth Attorney’s office. The employee is no longer with the County. The Grand Jury has handed down an indictment. This matter is now before the Court.”

The alleged crimes took place between February and May of this year, according to court documents. Prosecutors declined to disclose exactly how much was supposedly taken, but organizers say the fair is not currently in financial trouble.

Marshall Roller resigned her position in May, county Director of Human Resources Marcy Foster told ARLnow.com. She had been working within the Arlington County Department of Parks, Recreation and Cultural Resources, according to county spokesman Mary Curtius. A new county-employed event manager took over for Marshall Roller in May.

The Arlington County Fair, which celebrated its 35th anniversary this year, went off without a hitch in August.

Kudravetz says fair organizers are considering a new Memorandum of Understanding that would eliminate the county-staffed event manager position in favor of placing several county employees on the fair’s board of directors.