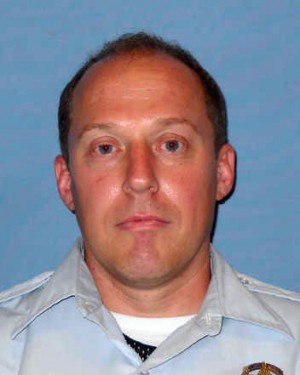 A number of temporary road closures are planned on Wednesday, Dec. 28 to accommodate the funeral procession of a fallen U.S. Park Police officer.

Sergeant Michael Boehm, a 19-year Park Police veteran, suffered an apparent heart attack and collapsed while responding to man found critically injured under the Key Bridge in D.C. on Dec. 16. Boehm, an Army veteran, was rushed to a local hospital but was later pronounced dead. He is survived by a wife and a son.

According to USPP, Boehm’s funeral procession will depart from a Burke, Va. funeral home at approximately 11:30 a.m. on Dec. 28. It will head into the District, pass by Park Police headquarters near Hains Point, then head back to a cemetery in Fairfax.

A number of rolling road closures will accompany the funeral procession in Arlington. Closures are expected on I-395, Washington Boulevard/Route 27, and the Memorial Bridge.

“Partnering law enforcement agencies and departments of transportation will assist with the road closures. All roads will be reopened as soon as possible,” USPP said in a media advisory. “The U.S. Park Police anticipates that the procession will take about 1.5 hours. The beginning time is approximate.”

Read more →
More Stories
Your Beermonger: What Is Beer?Where Are the Best Holiday Decorations in Arlington?