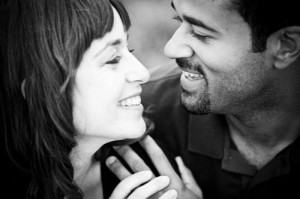 A local couple is in the running for a Facebook contest organized by the national bridal store chain David’s Bridal.

Samantha Sissman and Clyde Wentling, who first met as students at Arlington’s H-B Woodlawn Secondary Program, are getting married this summer. They’re hoping to win the $2,500 “Share Your Love” contest to help offset the expense of flying the mother of the groom-to-be in from her home in West Africa.

Sissman and Wentling both grew up in Arlington. Though they attended high school together, they only started dating in 2008 after meeting again years later through friends. Sissman, whose family still lives in South Arlington, has worked as an aide in the Arlington County Board office for nearly four years.

To vote for Samantha and Clyde, go to their contest entry page and click on the red ‘vote’ button. Additional information about the contest can be found here.