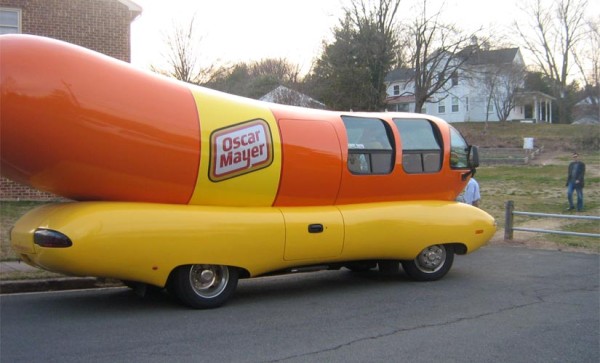 Wienermobile Spotted in Arlington — The Oscar Mayer Wienermobile was spotted yesterday afternoon at the entrance to Bluemont Park (above). No word yet on what it was doing there.

Vornado Hurt By BRAC — Vornado Realty Trust, one of the primary commercial landlords in the Crystal City area, is hurting due to the Base Realignment and Closure Act. The company is currently “staring down the barrel of nearly 2.4 million square feet of vacant space” as the U.S. military continues to move offices and departments from leased buildings to forts and other owned properties.. [Washington Business Journal]

One Handgun a Month Law Repealed — Yesterday Virginia Gov. Bob McDonnell (R) made it official and signed a bill that repeals the state’s 19-year-old “One Handgun a Month” law. In response, Rep. Jim Moran (D) said in a statement: “Today Virginia retreated from sensible gun control policy… The repeal of this law will return Virginia to being the nation’s number one gun-running state, putting more guns into the hands of criminals and traffickers.”